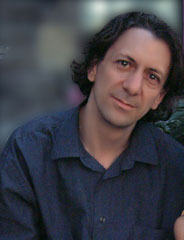 Jason Levy is the director of post production at Apartment 11 and is a partner in the post element of the company.

He was a producer on Apartment 11’s award winning TV series Mystery Hunters for three seasons and was nominated for a Gemini award each season.  He was also a producer on the transmedia project Cross County Fun Hunt which won a Youth Media Alliance award as Best Program, ages 9-12 and Best Convergent Website. As an editor, he was nominated for a Gemini for his work on Popular Mechanics for Kids.

Jason has worked in the television and film industry since 1985. He studied film production at Concordia University.