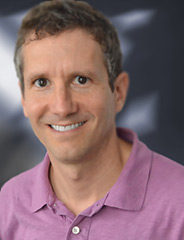 In 2000, Jonathan Finkelstein launched a creative hub, Apartment 11, in his hometown, Montreal. He nurtures an environment where thoughtful, creative professionals are flourishing.

Finkelstein began his career in entertainment programming producing a weekly consumer affairs series for teens, Street Cents (CBC). It ran for a total of 17 seasons and won dozens of awards including five Geminis and a gold medal at the New York International Film and TV Festival.

He also produced, wrote and story edited the hit technology series Popular Mechanics for Kids (Global TV, Hearst). It was syndicated across more than 90% of the U.S. market and was broadcast on Global in Canada.

Finkelstein has a background as a journalist, reporting and producing for CBC’s local, regional and national bureaus.