MUMBAI – Discovery Kids Asia has launched its first local production, “Mystery Hunters India”, as part of its localization strategy for the channel. The series, which premieres on December 22nd will air every day at 6 pm. The show is produced by BBC Worldwide which licensed the format from Apartment 11 Productions. Episodes of the orginal Canadian version also air on the channel. 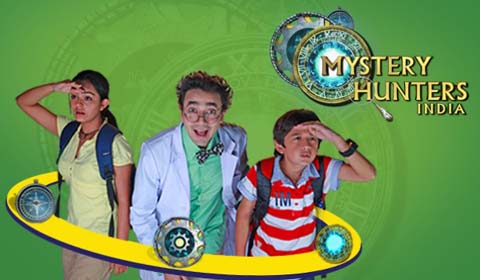 Mystery Hunters India is a series that demystifies the intriguing myths of India. Teen investigators, Apoorva and Himanshu travel the lengths of India to explore the places and delve into the tales which have bewildered people for ages – combing the thick jungles of Kerala to reveal red rain, unearthing the truth behind the mysterious underground Naga people and trekking down to the third largest crater lake in the world are just some of the mysteries they investigate this season.

Assisting the Mystery Hunters is Doubting Dev, the resident skeptical scientist back at the Mystery India Lab. He uses his own brand of humour to conduct fun experiments and uncover the truth.

“In India there are lots of mysteries and kids are very curious to find out more about them, to discover the facts. So we found two young teenagers, Himanshu and Apoorva to host the show. It’s turned out very well,” Discovery South Asia senior VP, GM Rahul Johri said.