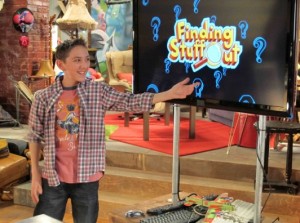 Montreal, January 15th, 2013 – APARTMENT 11’s series, Finding Stuff Out and In Real Life received 4 nominations for the first annual Canadian Screen Awards (formerly the Gemini Awards). Finding Stuff Out has been nominated in the category Best Children’s or Youth Non-Fiction Program or Series. In Real Life received a nomination for Best Writing in a Lifestyle or Reality/Competition Program or Series. Both series were nominated for Best Cross-Platform Project – Children’s and Youth.

Finding Stuff Out is a lively science-oriented series which, instead of imposing adult notions on kids about what they should know, gives them what they want: answers to the questions that matter to them the most! Using demonstrations, eye-catching videos, playful animations, and science experts, host Harrison chases down the answers, informing and entertaining the audience along the way. http://www.tvokids.com/games/findingstuffout 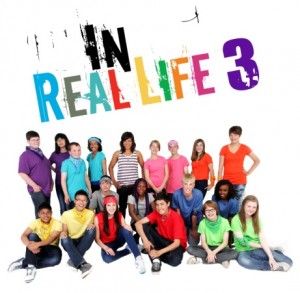 In Real Life is an exciting reality series where18 kid contestants – aged 12-14 – race across North America and compete in a series of thrilling real-life tasks, and discover the skills, strength, and stamina it takes to make it in the real world! They soldier their way to the top as army recruits, try to avoid the sting of elimination as beekeepers, work on Broadway with the cast and crew of the hit musical Stomp, and perform gravity-defying aerobatics as stunt pilots. The ultimate goal? The final episode grand prize! The winner walks away with college tuition money and a dream vacation for 4. http://inreallife.ytv.com/