Apartment 11 Productions’ television series Finding Stuff Out has been nominated three times in two categories at the 2015 YMA Awards of Excellence. Episodes “Senses: Sight” from season 2 and “Poop” from season 3 are nominated in the Best Television Program, Ages 6–8 category, while the 3rd season of Finding Stuff Out Online, co-produced with Smiley Guy Studios, is nominated for Best Convergent Website.

Finding Stuff Out is a show that gives kids what they want: answers to questions that matter to them! It combines humour, science and intelligence to find out if the truth is out there — and always has a lot of fun on the road to discovery. The series airs on TVOKids. You can visit Harrison’s virtual attic by clicking here.

The Youth Media Alliance has been recognizing the importance of quality television and interactive contents for Canadian kids for over 40 years. The 2015 English-language Awards of Excellence winners will be honoured at a gala in Toronto on May 27, 2015. Stay tuned to find out who will take home this year’s awards! 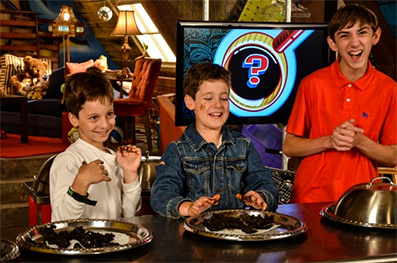 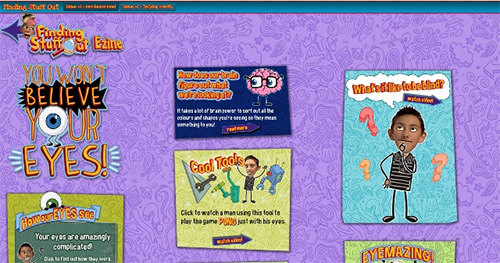